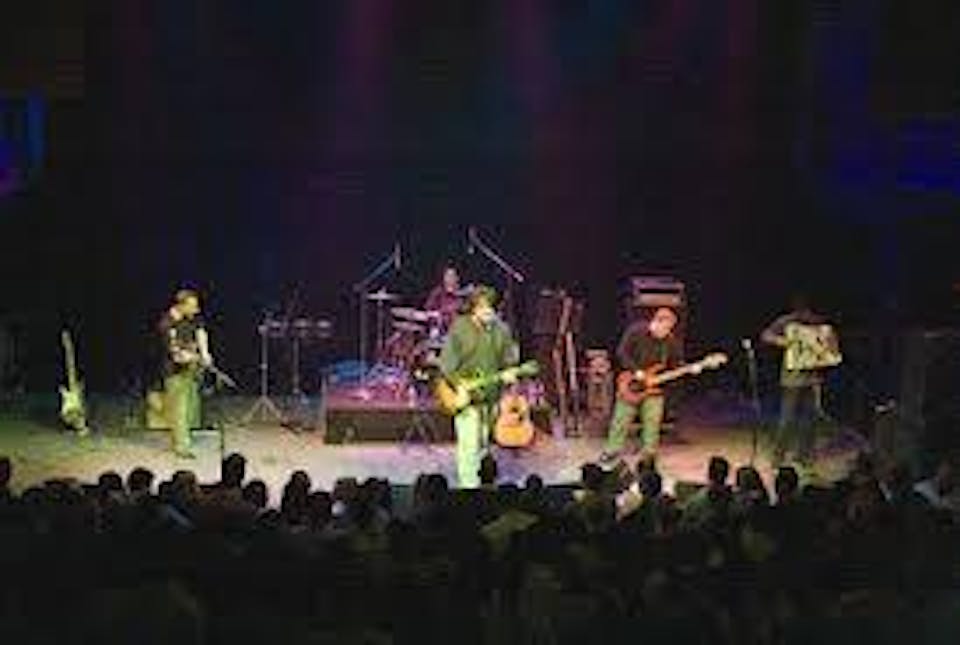 An Evening with emmet swimming

This show has been postponed to October 23rd. All tickets have been moved to the new date and will be honored.

emmet swimming is recognizably one of the most successful national touring bands to come out of Virginia having sold out venues from Boston to Atlanta to Chicago to the West Coast. The band released three CD’s on Epic Records/Sony Music and were on the HORDE tour as well as national tours opening for Barenaked Ladies, Dave Mathews Band, The Wallflowers, Sheryl Crow, etc. Their song “Arlington” was named on of the top 5 tracks of the year by Fred Bronson of Billboard Magazine and they have received 14 Washington Area Music Association Awards (WAMMIES) including Artist of the Year and Album of the Year.