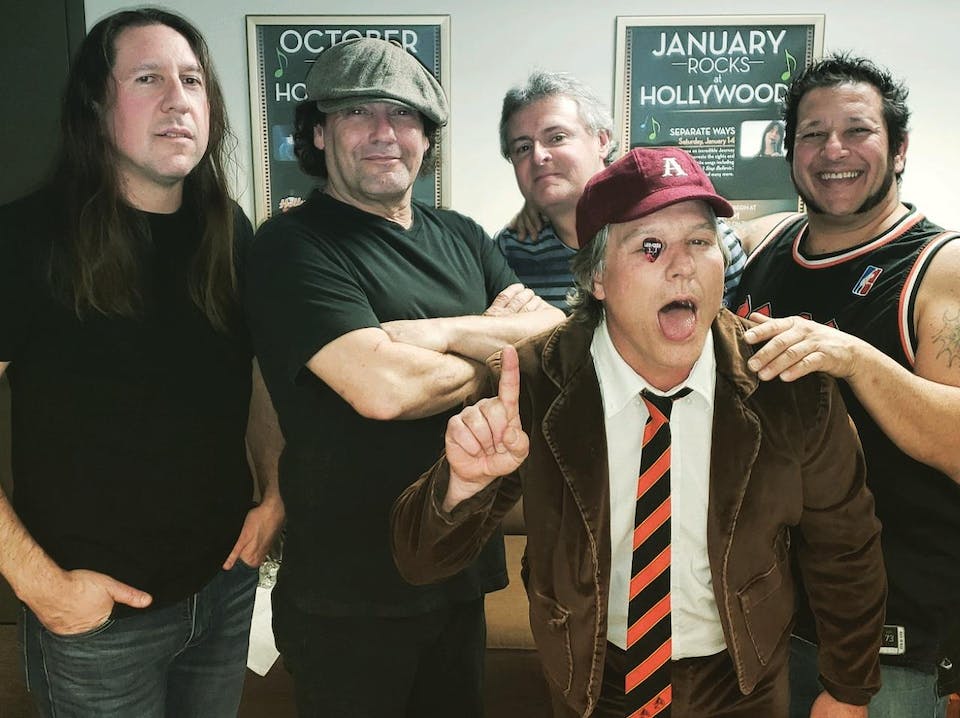 LIVE WIRE is the ultimate salute to the world's greatest rock n roll band.. AC/DC! Formed back in 2000 consiting of members of the very first AC/DC tribute band, LIVE WIRE has become the world's most recognized AC/DC tribute act, having performed on FIVE continents around the world since their inception. LIVE WIRE is based out of the NEW YORK METRO area and is available for bookings WORLDWIDE. The band has performed live on XM Satellite radio, has been featured on CBS Sunday Morning News, have been acknowledged by AC/DC's Angus Young, and are the world's *ONLY* AC/DC Tribute band to be featured on AC/DC's official websites, Sony Music, AC/DC's official Youtube and Facebok pages, and AC/DC's only official documentary "AC/DC FANNATION".

LIVE WIRE emulates the pure essence, power, and electricity of what an AC/DC show is all about and has proven to audiences time and time again that you can't stop rock 'n roll. High Voltage rock n roll at it's best. LIVE WIRE performs the best of AC/DC from the early roots of the bands Australian club circuit days, to the superstar worldwide status of their present hits. Complete with a full stage performance, just as if Angus Young and the boys were rocking before your very eyes. The closest you're gonna get to the real thing™...let us electrify an audience near you! From New York to Florida to Texas to California, and every region in between!