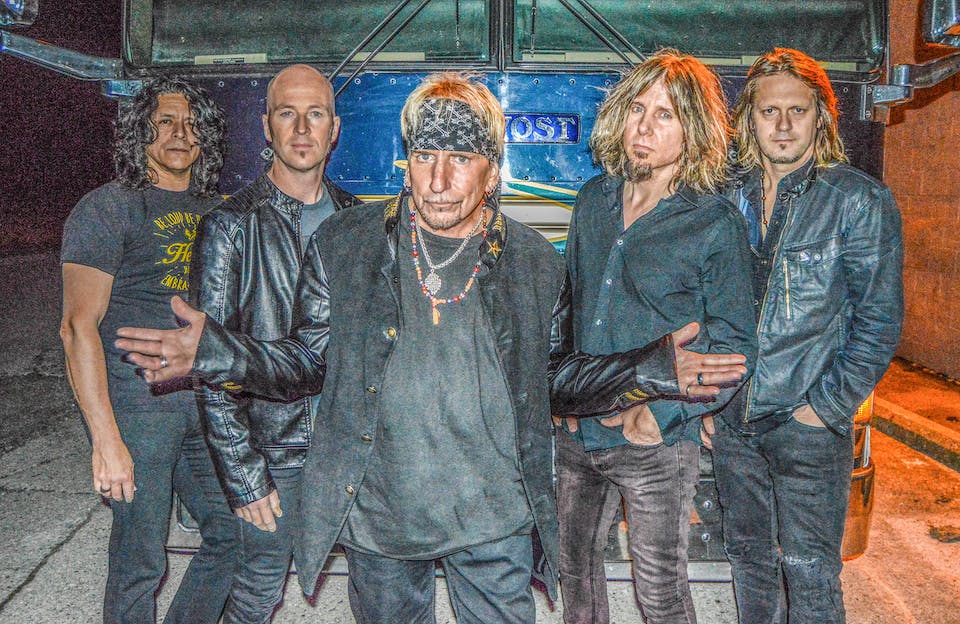 Jack Russell’s Great White represents the next phase of his legacy. On January 27, 2017 Frontiers Music Srl will lay the framework for this new phase with the release of “He Saw it Comin”. “For me this is so much more than a collection of songs, it is the culmination of a lifetime of living. It is about addictions , love, pain and many facets of the human condition. I tend to write autobiographically and on this album I dealt with topics I've never explored,” explains Russell of the new record. Rather than look backwards and merely attempt to relive the multi-platinum Hard Rock entity’s storied origins, Jack Russell set his sights on the future. In December 2011, Jack Russell’s Great White first bared its teeth. Robby Lochner has been with Jack since its inception, they soon welcomed back longtime bassist and friend Tony Montana—this time as a guitar player and keyboardist— they then added drummer Dicki Fliszar , then bassist Dan McNay. This group has a sharp, soaring, eclectic, hook laden new album ready, boasting the bluesy hard rock stomp that made Russell and Montana icons in the first place. “It’s a powerful band,” Russell proclaims. “The music is dynamic and I’ve gone where I’ve never gone before. Lochner was a catalyst for moving forward. I wasn’t sure how the writing would go at first but soon realized the chemistry is beyond words. He’s my copilot and one of my best friends.” This past year the musicians hit the studio to cut their official full-length debut. It taps into the bluesy bombast and heavy energy of Russell’s celebrated material, but it’s a distinctly modern metallic monster. “We want the new material to blow people’s ears back,” Russell goes on. “It has the elements of the best of Great White, but there’s diversity, vibe and an edge to it. It draws from our 60’s and 70’s roots in a more modern way.” Montana agrees, “It’s got the classic sound. The first element is Jack’s voice. No other band sounds like this one, ever did or does now. When I was 17-years-old, I remember walking around the UCLA campus listening to the band’s first EP. I was a fan before I ever joined the band. We’re going to maintain that integrity moving forward.” That integrity became forged over nearly thirty years. In 1984, the band broke out of the Los Angeles scene with its self-titled debut followed by seismic platinum-selling outings such as 1987’s Once Bitten... and 1989’s …Twice Shy. Moving over 10 million copies worldwide, they stood out as tried-and-true rock stalwarts into the 21st century until 2011, when Russell went on to form Jack Russell’s Great White. Ultimately, the new music is for the millions of fans who stuck by Russell all these years. It’s everything they’ve been waiting for and more.