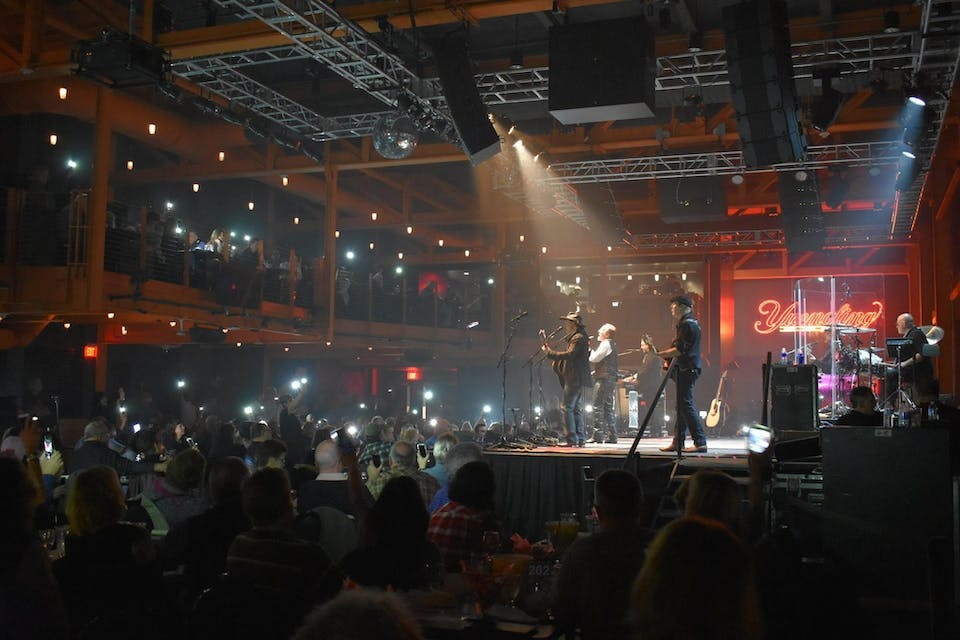 EagleMania – The World’s Greatest Eagles Tribute Band. That isn’t their slogan by mistake! EagleMania has dedicated themselves to faithfully reproducing the music of The Eagles. Since their inception, EagleMania has been thrilling audiences all over the country with their stunning five part harmony and their uncanny ability to emulate the unmistakable sound of The Eagles. Their show consists of the Eagles’ greatest hits, as well as some of the solo work of Don Henley, Glenn Frey, and Joe Walsh.

EagleMania has spent countless hours breaking down everything The Eagles recorded on their albums, and faithfully reproducing those unforgettable songs in the most authentic way possible. The audience is given a chance to experience the music the way it was meant to be heard, and it’s done live on stage night after night.

If you like The Eagles you will love EagleMania!